Millions of mouths to feed? He did it. 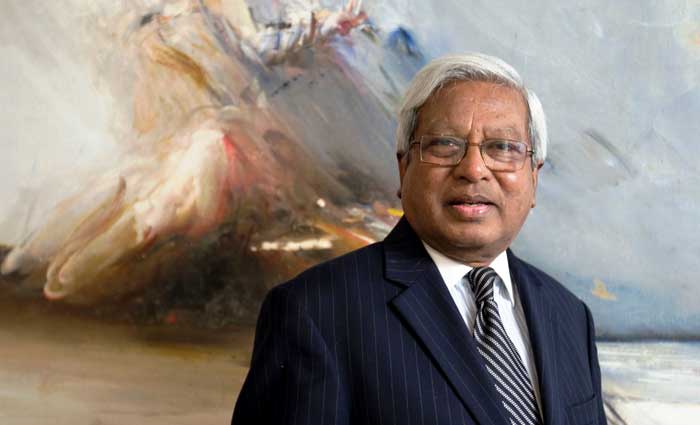 Sometimes called the “Nobel Prize for food and agriculture,” the World Food Prize recognizes people who have made breakthrough contributions towards improving the world’s food supply. This year’s winner is a former accountant from Bangladesh.

Focus on women and children

Beyond supporting a range of businesses, including fish hatcheries, tea plantations and milk processing centers, Abed has made it his business to help women in rural villages. They learn modern farming techniques, such as how to efficiently apply fertilizer to crops. Abed established programs that have enabled millions to disburse more than $1 billion through microfinance organizations. The loans have allowed women to create small, sustainable businesses producing iodized salt or raising cows, along with dairy and poultry farming.

BRAC’s innovations helped cut Bangladesh’s child mortality rate from 25 percent to 7 percent. How? Abed trained women to teach others how to mix a solution of water, salt and sugar — a combination that prevents dehydration. Instructors’ wages were based on how well households understood this lesson, in essence making this effort one of the world’s earliest incentive-based social entrepreneurship programs.

“Only by putting the poorest, and women in particular, in charge of their own destinies, will absolute poverty and deprivation be removed from the face of the earth,” Abed said after he learned of his nomination for the award.

Take Christina John, a farmer in Dodoma district in Tanzania. As a result of the vegetable seeds and field management lessons she received from BRAC, which began operations in the large East African nation in 2006, her income increased fourfold. She now earns enough money to send her children to school.

Today, BRAC operates in Bangladesh and 10 other countries in Asia, Africa and the Caribbean, reaching an estimated 135 million people.

“At a time when the world confronts the great challenge of feeding over 9 billion people,” said World Food Prize President Kenneth Quinn, Abed and BRAC “have created the pre-eminent model being followed around the globe on how to educate girls, empower women and lift whole generations out of poverty.”

The roots of the World Food Prize

The World Food Prize was conceived in 1986 by Nobel Peace Prize recipient Norman Borlaug, an agronomist who grew up on a farm in Iowa. The father of the Green Revolution in the 1960s and 1970s, he crossbred thousands of wheat varieties, created “dwarf wheat” and developed a new agriculture technique that saved hundreds of millions of people from death and famine.

Recipients of the award have hailed from all over the world, including India, China, Cuba, Denmark, Sierra Leone, Brazil and Ethiopia, where Gebisa Ejeta brought drought-resistant sorghum to Africa. U.S. winners include food scientist Philip Nelson, who revolutionized bulk food transportation and storage.

Abed will receive the World Food Prize on October 15 in Des Moines, Iowa, during the Borlaug Dialogue, a three-day international symposium that attracts agriculture and development experts from more than 65 countries.

More in this category: « #GirlHero: The Story of Basemera From Uganda Leaving it behind »
back to top