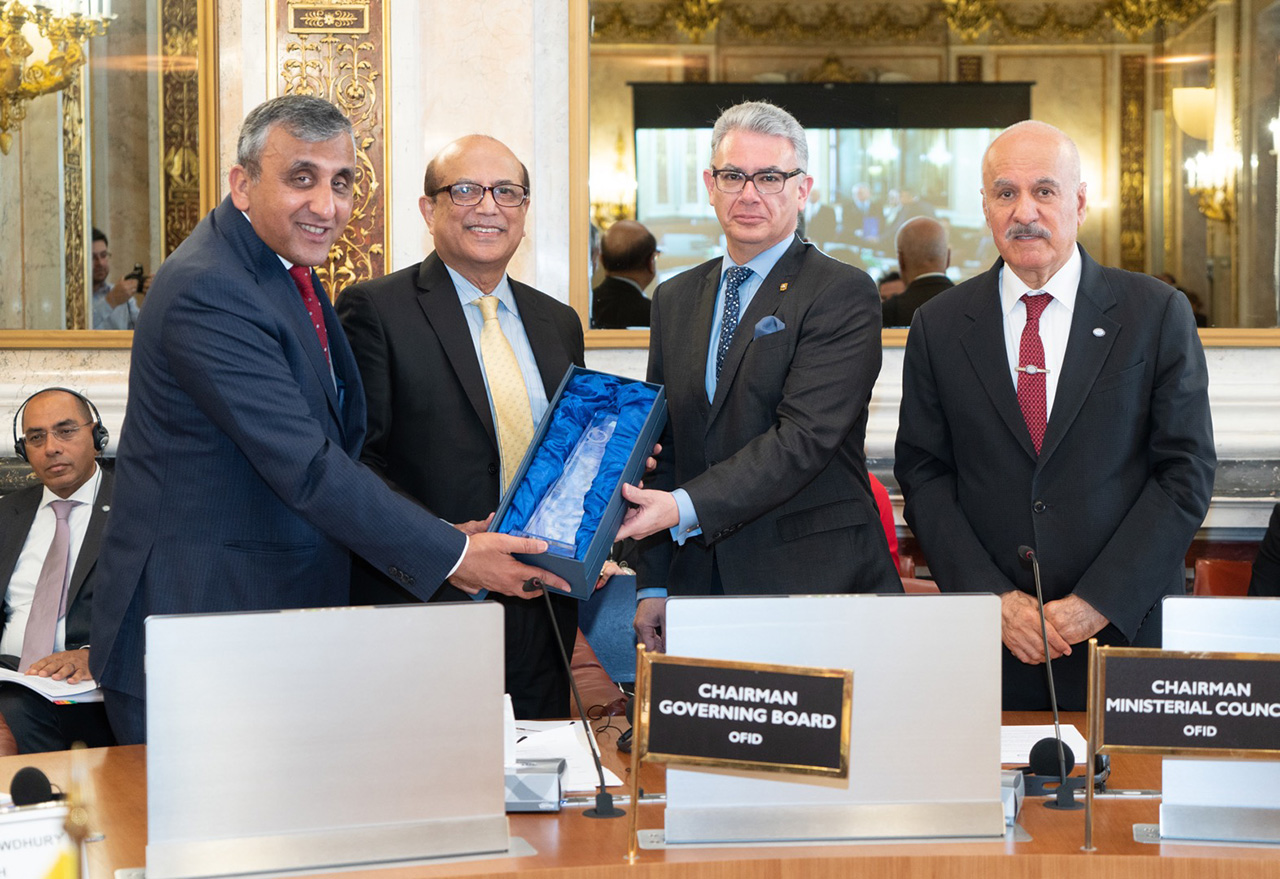 The OPEC Fund for International Development (OFID) has awarded its annual development award of 2018 to BRAC for its continued humanitarian support programme for the Rohingya people who have taken shelter in Bangladesh.

OFID, the development platform of the members of the Organization of the Petroleum Exporting Countries (OPEC), has been giving this award since 2006.

BRAC has launched the largest civil society response in support of the forcibly displaced Myanmar nationals of Rohingya community who took shelter in Bangladesh in the aftermath of the incidents of 25 August 2017. BRAC's response programme is meeting the immediate needs of the vulnerable people, while building skills, resilience and awareness that will facilitate their long-term wellbeing as the situation evolves.

The 2018 OFID Annual Award for Development comes with a monetary reward of US$100,000. BRAC will use the award money to provide further support to Rohingya women and children.

Since launching its response activities, BRAC has provided over 660,000 people with at least one form of critical support. It is working closely with the government of Bangladesh, the United Nations, and local and international organisations, and will continue to provide a range of services through its integrated, community-based approach. BRAC has so far mobilised around US$37 million from different partners in its efforts to strengthen the humanitarian work in Cox’s Bazar where the Rohingya people have been given shelter.

The award was presented by Dr Carlos Alberto Patricio Játiva Naranjo, Ecuador’s head of delegation and OFID governor, ambassador and representative to the Vienna-based international organisation.

Accepting the award Dr Mushtaque Chowdhury, the vice chairperson of BRAC, said. "We at BRAC are delighted to accept the OFID Annual Award for 2018."

"This will inspire us and many others to move forward with added zeal and commitment. The monetary award will be used to further support Rohingya women and children," he further said.

OFID Director-General Suleiman J Al-Herbish remarked: "This year’s award aims to help shed light on the Rohingya crisis and recognise one particular organisation for standing strong in the face of injustice." He added that BRAC "empowers the vulnerable and helps them bring about positive change in their lives by creating opportunities."

"Presenting this award to BRAC is consistent with OFID’s approach – through its Grants Program – of responding to the needs of the world’s most disadvantaged and vulnerable groups, and addressing the underlying root causes of poverty in developing countries," he added.

It is estimated that over 700,000 refugees have fled from Myanmar to Bangladesh since August 2017. BRAC has provided lifesaving services at scale in the sectors where it is currently a leading provider, such as water and sanitation, health and child protection, and has contributed substantially to others, including education, shelter and nutrition.

Past winners of the OFID Annual Award for Development include, among others, the Foundation for Integral Development in Guatemala; the Children’s Cancer Hospital in Egypt; and Malala Yousafzai of Pakistan.