Ms Ameerah Haq is a former United Nations Under-Secretary-General for the Department of Field Support. She held the position of Under-Secretary-General from 2009 till her retirement and was the senior-most Bangladeshi national in the United Nations during those years. She most recently served as the Vice-Chair of the High- Level Independent Panel on Peace Operations for the UN. She has over 39 years of UN experience, including 19 years in field assignments. She was the last Special Representative of the Secretary-General (SRSG) in the UN Integrated Mission in Timor- Leste. She has also held the positions of Deputy SRSG and UN Resident Coordinator and Humanitarian Coordinator in Sudan, as well as Deputy SRSG and UN Resident Coordinator in Afghanistan. In addition, Ms Haq has held senior positions within the UN Development Programme (UNDP)and has served as United Nations Coordinator in Malaysia and Laos.

Ms Haq currently serves on the Board for the Centre for Humanitarian Dialogue in Geneva, on the Group on Human Rights Up Front, and on the Board for the Peace Operations Training Institute, Williamsburg, Virginia. She is also a Advisor to the United Nations Foundation in Washington and a member of the Special Advisory Group of the Challenges Forum of the Folke Bernadette Academy of Sweden. Ms Haq lectures frequently at universities and speaks at seminars hosted by think tanks and non-governmental organisations.

During her service in the UN, Ms Haq was awarded the highest Presidential Medal in East Timor by President Jose Ramos Horta, the highest civilian medal of the Lao People’s Democratic Republic and the Malalai Medal of Honor from President Hamid Karzai of Afghanistan, which is among the highest civilian honours given for courage and dedication. She is also the recipient of the Julia Taft Outstanding Humanitarian Service Award during the time she served as Humanitarian Coordinator for her work in Darfur, Sudan.

Ms. Haq is the mother of two children, Sheehan Perera and Nadina Perera. Dr Rahman served as Advisor (Cabinet Minister) for the ministries of Education and Commerce in the Caretaker Government of Bangladesh (2007-08) and was credited with a lead role in the subsequent return of Bangladesh to electoral democracy. He was awarded the Dr. John Meyer Global Citizenship Award by the Institute for Global Leadership, Tufts University in 2009. Dr Rahman was one of the three awardees of the Gold Medal Award 2013 of Rotary International Bangladesh for his services to humanity. Mark Malloch‐Brown holds international Board and Advisory positions in the commercial and not for profit sectors. He currently Co-chairs The UN Foundation and the International Crisis Group and is on the advisory committees to the heads of the IMF and UNICEF.

He served as Deputy Secretary‐General and earlier Chief of Staff of the UN under Kofi Annan. For six years before that he was Administrator of the UNDP, leading the UN's development efforts around the world. He was later Minister of State in the Foreign Office, covering Africa and Asia, and sat in Prime Minister Gordon Brown's cabinet. He has also served as Vice-Chairman of the World Economic Forum. He began his career as a journalist at The Economist and then worked for the UN High Commissioner for Refugees and was later a Vice-President of the World Bank. He has served for many years on the Board of the Open Society Foundation.

He formerly chaired the Business Commission on Sustainable Development and the Royal Africa Society. He is author of The Unfinished Global Revolution: The Limits of Nations and the Pursuit of a New Politics. Dr Fawzia Nazli Rasheed is a programme and policy analyst. She has worked in 30 countries to develop initiatives, national plans, and broker intergovernmental collaborations and public private partnerships. As Global Health Leadership Fellow and senior policy advisor to the World Health Organization, UNAIDS, and The Global Fund, she led the development of organisational reforms and strategic plans. For CARE International, and Médecins Sans Frontières International, she facilitated several public private partnerships including the Drugs for Neglected Diseases initiative. She currently advises the Aga Khan Development Network and leads the climate-smart health agenda; she also has responsibilities as a founder member of AmplifyChange – a fund for improved policy and action on SRHR.

Her governance work includes developing the performance-based funding system for country oversight for all programmes of The Global Fund; the Electoral Integrity Initiative (currently based within the Kofi Annan Foundation); and governance analysis related to natural resource extraction for the Africa Progress Panel towards improved stewardship and banking reforms.

Dr Rasheed has a PhD in immunology/medicine from the London School of Hygiene and Tropical Medicine. Martha (Marty) Chen is a Lecturer in Public Policy at the Harvard Kennedy School and Co-Founder, Emeritus International Coordinator and Senior Advisor of the global network Women in Informal Employment: Globalizing and Organizing (www.wiego.org). An experienced development practitioner and scholar, her areas of specialisation are employment, gender and poverty with a focus on the working poor in the informal economy. Before joining Harvard in 1987, she had two decades of resident work experience in Bangladesh and in India. Dr Chen co-founded and, for twenty years, led the WIEGO network which is well known worldwide for its work to improve the status of the working poor in the informal economy through stronger organisations, improved statistics and research and a more favorable policy environment. Dr Chen received a PhD in South Asia Regional Studies from the University of Pennsylvania. She was awarded a high civilian award, the Padma Shri, by the Government of India in April 2011; and a Friends of Bangladesh Liberation War award by the Government of Bangladesh in December 2012. Nemat (Minouche) Shafik is a leading economist, whose career has straddled public policy and academia. She was appointed Director of the London School of Economics and Political Science in September 2017.

She did her BA at the University of Massachusetts-Amherst, her MSc at the LSE and her DPhil at the University of Oxford and, by the age of 36, had become the youngest ever Vice President of the World Bank. She taught at Georgetown University and the Wharton Business School. She later served as the Permanent Secretary of the Department for International Development from 2008 to 2011, Deputy Managing Director of the International Monetary Fund from 2011-2014 and as Deputy Governor of the Bank of England from 2014-2017, where she sat on all the monetary, financial and prudential policy committees and was responsible for a balance sheet of over £500 billion.

Minouche has served on and chaired numerous boards and currently serves as a Trustee of the British Museum, the Supervisory Board of Siemens, the Council of the Institute for Fiscal Studies, and the Economy Honours Committee. She was made a Dame Commander of the British Empire in the Queen’s Birthday Honours list in 2015. In July 2020 Minouche was made a cross-bench peer in the House of Lords.

Her new book ‘What We Owe Each Other: A New Social Contract’ will be published in March 2021. Raymond C. Offenheiser leads the Pulte Institute for Global Development in its mission to promote human development and dignity among people worldwide by overseeing and developing its academic, research, and public policy activities, as well as its strategy for long-term growth. Offenheiser also identifies and cultivates critical, strategic partnerships between the Pulte Institute and companies, federal agencies, foundations, and private philanthropists. Additionally, he represents the Pulte Institute at local, national, and international events.

Offenheiser serves on the University of Notre Dame faculty as Associate Professor of the Practice and teaches graduate and undergraduate students in the Keough School of Global Affairs. Offenheiser also serves on the Keough School’s Leadership Council. His research interests and areas of expertise include poverty alleviation, human rights, United States foreign policy, and international development. He has been a frequent commentator with U.S. and international media on these and other subjects and is available to analyze, provide context, and commentary through Notre Dame’s Office of Public Affairs and Communications.

Prior to joining Notre Dame in August 2017, Offenheiser was the president of Oxfam America – a Boston-based international relief and development agency and the U.S. affiliate of Oxfam International – for over 20 years. Under his leadership, the agency grew more than eightfold and repositioned itself in the U.S. as an influential voice on international development, human rights and governance, humanitarianism, and foreign assistance.

Prior to joining Oxfam America, Offenheiser represented the Ford Foundation in Bangladesh and the Andean and Southern Cone regions of South America. He has also directed programs for the Inter-American Foundation in Brazil and Colombia, and he has worked for the Save the Children Federation in Mexico. At the 2012 G20 Summit, he was appointed by the Obama administration to represent civil society interests on the leadership council of the New Alliance for Food Security and Nutrition in Africa.

Offenheiser has also served as honorary president of Wetlands International; he was a co-founder of the following organizations: ONE Campaign, the Modernizing Foreign Assistance Network, and the Food Policy Action Network. He has served on the advisory boards of the World Economic Forum, the Council on Foreign Relations, the Aspen Institute, the World Agricultural Forum, the Gates Foundation, the Clinton Global Initiative, Harvard Business School, the Kennedy School of Government at Harvard, the Kellogg Institute for International Studies at Notre Dame, and Cornell University. 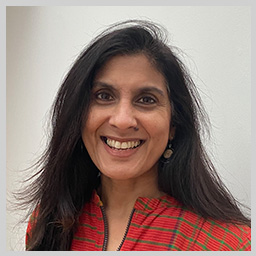 Simone Sultana is an economist and strategic advisor working with global organisations and multi-stakeholder initiatives involving business, labour, government and civil society and more recently has been working on visual-based advocacy. She was a member of South Africa’s national tripartite economic and labour policy-making body during the political transition under President Mandela’s leadership; she has participated in national task teams on issues ranging from restructuring tertiary education to the development of parliamentary oversight systems for the national budget; she was a political and economic analyst and writer for the Economist Intelligence Unit and collaborated on recent award winning film and photography projects on subjects from climate to corruption.

Simone has been Chair of BRAC UK since 2011, though her initial work with BRAC was as a field programme organiser in Bangladesh in the 1980s at its seminal women’s project in Jamalpur. She is also currently working in a governance and advisory capacity on worker safety issues in the global supply chain with oversight of the largest US transnationals in the garment sector and as a Trustee of the UNESCO award winning UK Charity, the Hard Rain Project. Past non-executive board roles include Director of the US not-for-profit The Alliance for Bangladesh Worker Safety and Trustee on the Board of Anglo American’s social investment arm, Tshikululu (South Africa).

Simone studied Economics at the University of East Anglia and Cambridge University.

More in this category: « Executive Management
back to top