BRAC in Liberia honoured by Her Excellency President Sirleaf 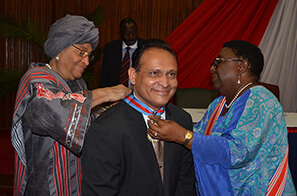 BRAC in Liberia was honoured by the President of Liberia, Her Excellency Mrs. Ellen Johnson Sirleaf, during the celebrations marking the 170th Anniversary of the independence of Liberia. The investiture ceremony took place on 25 July, 2017 at the C. Cecil Dennis, Jr. Auditorium in the Ministry of Foreign Affairs in Monrovia.

President Sirleaf, herself the Grand Master of the Order of Distinction of the Republic of Liberia, admitted BRAC into the Humane Order of Africa Redemption and conferred the Grade of “Knight Commander” in consideration of the contributions of BRAC to alleviate poverty in Liberia. Mainuddin Ahmed, the Country Representative of BRAC in Liberia, received the medal on behalf of BRAC. 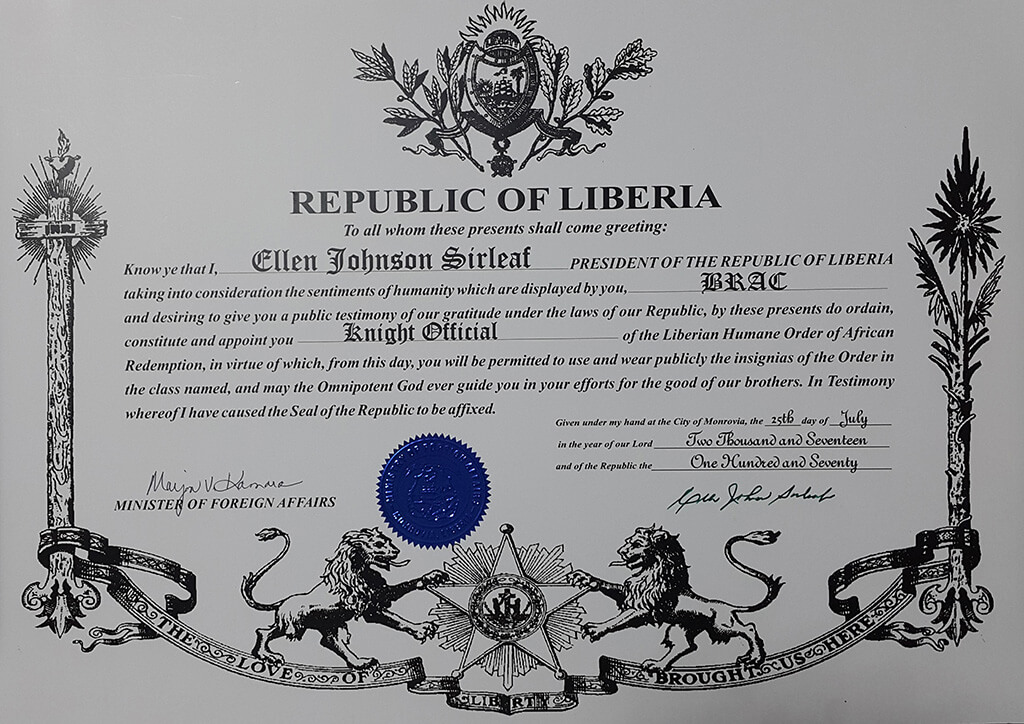 The Knight Order Certification for BRAC in Liberia

The President recognised and publicly appreciated BRAC’s contributions to the socio-economic development of Liberia through multi-sectoral programmes which have spurred economic recovery and growth over the past ten years.

More in this category: « "If we can get people to the Moon, we can end poverty at home" Situation analysis of human trafficking and irregular migration »
back to top