Dr Mushtaque Raza Chowdhury, Vice Chairperson of BRAC, was nominated by the American non-profit Ronald McDonald House Charities for its ‘Medical Award of Excellence 2017’ along with a grant of USD 100,000. The award was given in recognition of Dr Chowdhury’s outstanding contributions in the field of primary health care and community-based education across developing countries. The ceremony was held on 11th November, 2017, in Illinois, U.S. Among his vast body of achievements, Dr Chowdury is known for leading BRAC’s Oral Therapy Extension Programme that successfully stemmed deaths from childhood diarrhea by training mothers on oral rehydration solution (ORS) preparation. In addition to his role at BRAC, Dr Chowdhury is also the Professor of Population and Family Health at Columbia University Mailman School of Public Health and has implemented projects in countries like Nepal, Pakistan, Thailand, China and Ethiopia.

Dr Chowdhury has worked as Senior Adviser and acting Managing Director for Health at the Rockefeller Foundation, where he played a critical role in setting up several institutions in the South-East and South Asia regions. These include the establishment of the Department of Public Health and Informatics at Bangabandhu Sheikh Mujib Medical University, forming the Mekong Basin Disease Surveillance (MBDS) network, and setting up of a center on non-state sector studies in Vietnam.

Past recipients of the Award included former U.S. President Jimmy Carter, Health Minister of Rwanda Dr Agnes Binagwaho and Queen Noor of Jordan among others. 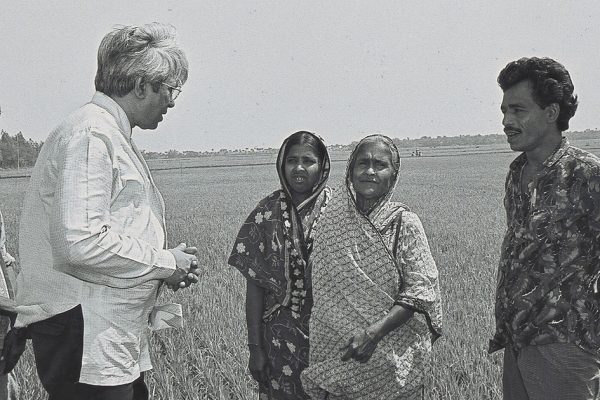