BRAC appeals for forcibly displaced people from Myanmar at Geneva 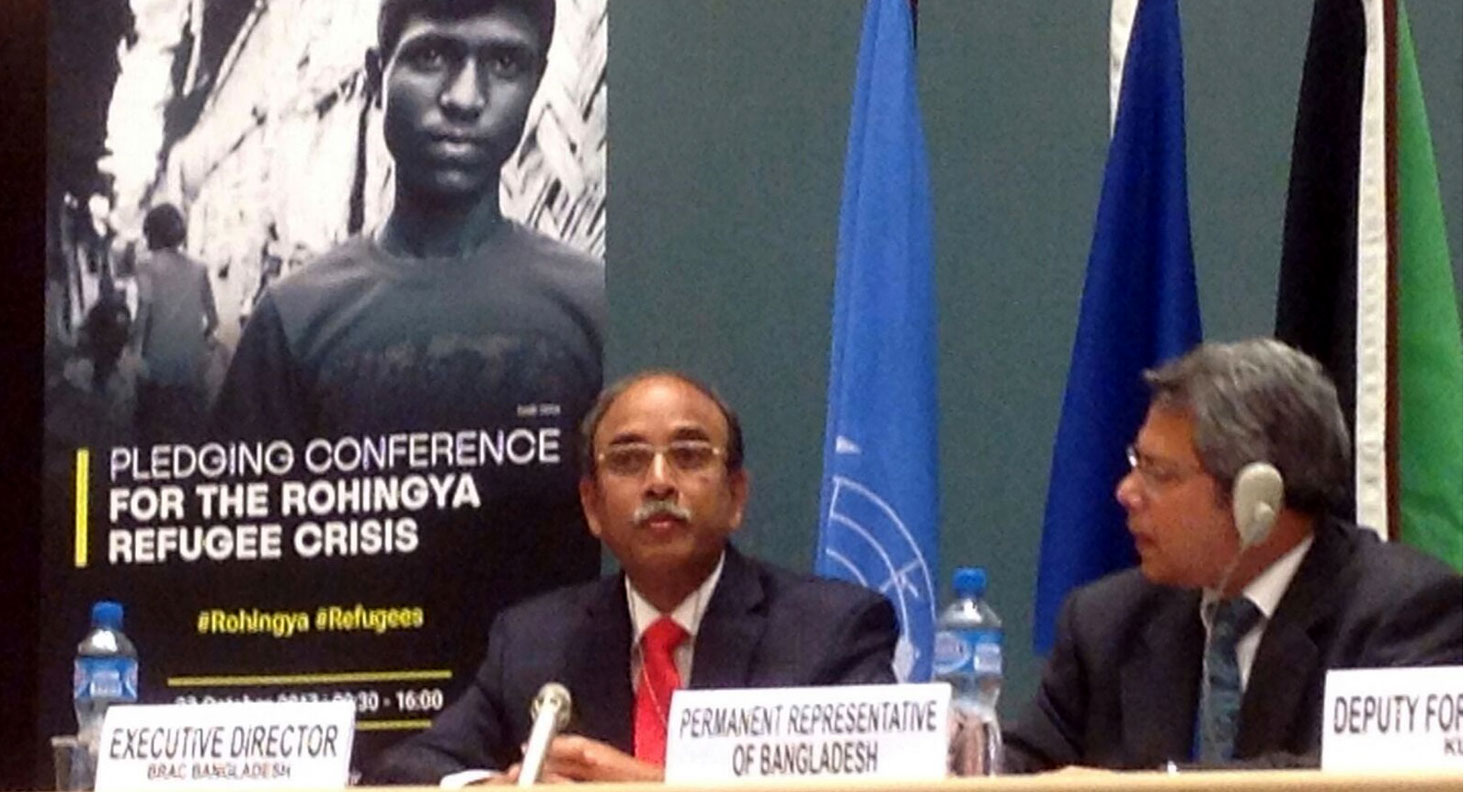 During the opening session of the pledging conference held today, Dr Muhammad Musa Executive Director of BRAC, offered insights into the plight of the forcefully displaced Myanmar nationals in front of ministerial level representatives from all of UN’s Member States.

Dr Musa highlighted the overall scenario in Cox’s Bazar and the continuing influx in his presentation. He also mentioned BRAC’s efforts to address the wide range of needs of the people within the settlements – ranging from building 10,000 latrines to establishing 100 child-friendly spaces. He emphasised on giving equal attention to host community needs, which are considerably different from the needs of the displaced people.

Looking into the near future, Dr. Musa spoke about the need to scale up services like offering a comprehensive water, sanitation and hygiene package. This package will include additional solutions for garbage disposal, drainage systems, waste management and hygiene education. He also expressed concern about the threats that will be posed by the oncoming winter.

Speaking about the coordinated response of the Government of Bangladesh, the UN and its implementation partners, which includes BRAC, Dr. Musa stressed that their success depended on cross sectoral involvement. He called for better synchronisation to achieve more sustainable results.

Among the Member States present, Denmark has committed a total of USD 18 million to date and expressed its concern particularly for the women and children victims of the crisis. Norway made a pledge of USD 10 million and reaffirmed that they were willing to increase contributions if necessary. Sweden will be channeling funds worth of USD 24 million within the coming days, adding that they expect strong leadership from the UN.

The conference was co-organised by IOM, OCHA and UNHCR with support from the European Union and Government of Kuwait. The focus of the event was to mobilise much needed resources to tackle the ongoing crisis and show solidarity with the Government of Bangladesh and its host communities.

More in this category: « Advanced and Secure Toilet Facilities for Women in Dhaka BRAC’s education model showcased in International Conference on Education and Management »
back to top