African schoolgirls: dropped out, but not left behind Featured Adolescent girls are often forced to leave school in Africa, but a new programme is bringing the classroom to them 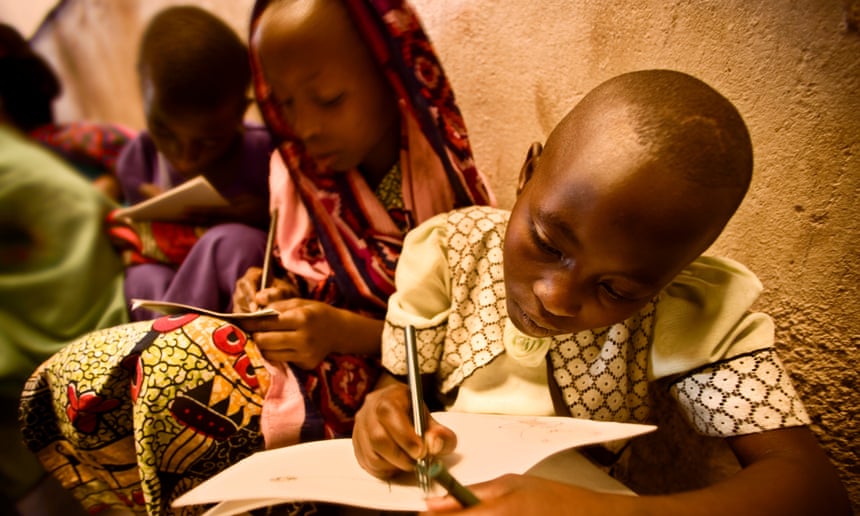 Brac’s ‘study club’ targets girls who have dropped out of secondary school so they can continue to receive academic tutoring. Photograph: Chris Noble/Aurora Photos/Corbis

We face tremendous problems keeping girls in school as they transition through adolescence. In Sierra Leone, 30% of reported rapes take place in the school environment, and a recent ruling banned “visibly pregnant” girls from school. When the school itself becomes a hostile setting, it should come as no surprise that dropout rates shoot up.

Education programmes tend to fall short when it comes to dropouts. Brac schools have raised primary and pre-primary enrolment rates in six countries, getting 1.3 million more children into classrooms – most of whom are girls and all of whom would otherwise be left behind. But we need to think more creatively when it comes to adolescent girls who have already dropped out.

We are piloting a programme in Tanzania – where only 36% of all children go on to secondary school, mostly boys – to educate girls who have already dropped out. I recently visited the northern region, where dropout rates are highest. In Mwanza, I met a girl named Kesy. She’s just completed her primary leaving examination for grade 7. “My parents did not let me go and see my results, nor did they go to see it. I did not go back to school after that,” she told me.

Girls like Kesy drop out for a host of reasons: poverty, early pregnancy or marriage. They also face gender-based violence and harassment, parental indifference and traditions that inhibit girls’ ability to make their own decisions. I’ve even heard stories about parents bribing teachers to declare their daughters dead so they don’t have to return to school.

It is impossible for girls to return to school after they have dropped out. Catching up would require a costly course in self-study, which few can afford. We’re exploring an alternative: bringing schooling back to the girls, rather than vice versa.

Kesy is now part of a Brac “study club”, a programme that targets girls who have dropped out of secondary school or were unable to continue schooling because they failed the primary leaving examination.

We’ve set up 150 study clubs – girls-only safe spaces, situated in borrowed or rented rooms outside the school setting and within walking distance of girls’ homes. The girls, numbering about 13 per club, meet five times a week, receiving academic tutoring in the mornings and life skills education in the afternoons. Each club is led by a “community tutor”, a recent secondary school graduate from the area, who receives a small stipend.

We provide a limited number of self-teaching textbooks, which are shared among groups of three or four to save costs. We also provide educational materials such as books and pens for the girls. They are registered in, and the tutors are trained by, the government’s Institute for Adult Education (IAE), the entity charged with overseeing continuing education. Brac provides additional support through monthly refresher training for the tutors. 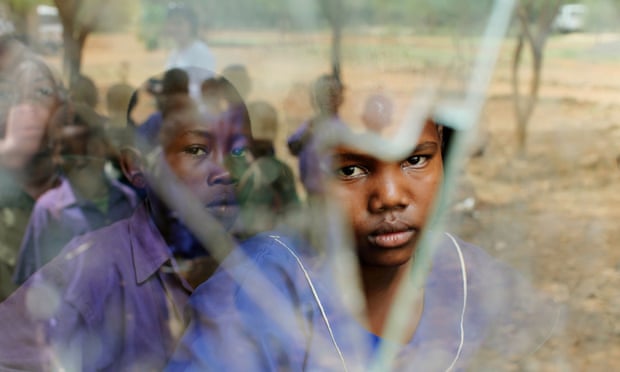 In Tanzania only 36% of children go to secondary school. Photograph: Graeme Robertson

To fill the community tutor positions, we drew from Brac’s existing networks of microfinance groups and livelihood programmes. We also conduct community and parent meetings to heighten awareness of the importance of keeping these girls on an educational track.

We aim for a holistic approach that will give the girls a second chance at education and make them more aware of their capabilities. The combination of education and life skills along with parental awareness will help them reach their potential.

The results so far are positive but anecdotal; an independent evaluation will determine how and whether we scale. However, the support and enthusiasm from the community and government is inspiring. The pilot now reaches 1,950 girls in five regions, operating with support from UK Aid’s Girls Education Challenge.

The idea of safe spaces for girls isn’t new to Brac. We have already recorded remarkable changes in their lives through participation in a programmes called Empowerment and Livelihood for Adolescents (ELA), which combines life skills and livelihood training with micro-loans in a girls-only club setting. These clubs operate in five countries in Africa.

In Uganda, where 70,000 girls belong to these clubs, a randomised control trial recorded a drop in pregnancy rates, a rise in self-employment and 83% fewer reports of forced sex. These were all attributed to participation in ELA clubs, which are run in partnership with the MasterCard Foundation.

But until now, we haven’t applied the safe spaces concept to academics. There are others working in this area in Tanzania, but we don’t know of anyone doing similar study clubs. Unicef, the Forum for African Women Educationalists (Fawe), Camfed and Tanzania Education Network are looking at ways to keep girls learning, with Unicef particularly concerned with keeping options open for young mothers.

Brac has committed to scaling up girls’ education and empowerment efforts, and piloting new ones like these, in at least eight countries. To do this, we look forward to learning from others as part of the Collaborative for Harnessing Ambition and Resources for Girls’ Education (Charge), which brings together 40 organisations pursuing similar goals under the umbrella of the Brookings Institution.

I can see the difference the Tanzania study clubs are already making. These girls have enthusiasm, will and ambition. Many declare they want to be teachers. We need to give them the tools they need to build their futures.

More in this category: Food Safety in Bangladesh: Current Scenario, Challenges and Prospects »
back to top