Delayed justice: How long is too long?

Legal empowerment as a way out of poverty? In Bangladesh, litigants face various obstacles to access justice in every stage of the legal process, starting from the decision to take legal action, to the investigation, prosecution and trial, until the issuance of a judgment and its enforcement. At the outset, some litigants lack sufficient knowledge of their rights as well as the applicable legal procedures to seek relief before the courts. Many lack resources and are discouraged by the high costs of proceedings or the inaccessibility of the courts.

In Dhaka division, among 12 acid violence cases filed with the assistance of HRLS, not a single one has reached the judgment stage and all cases are pending at the witness hearing stage. One particular acid case which was filed through the Kapasia HRLS Legal Aid Clinic in 2007 is still ongoing. The case was forwarded to an HRLS panel lawyer within five days from receipt of the complaint at the Legal Aid Clinic. This case reveals that it took three years to frame a charge sheet due to transfer of the original investigation officer (IO), thus delaying the process of handing over his responsibility to the new IO. At the charge hearing stage, it took one year due to the absence of the judge in the Acid Crime Tribunal as well as too many case hearings in one day, thereby delaying the process of a new hearing date. The case is currently at the witness hearing stage for five years due to court adjournment, transfer of the original IO, absence of the judge (due to transfers or promotions), and unavailability of the IO and Medical Officer.

It is not only acid cases which are backlogged. All pending cases from HRLS legal aid clinics from seven divisions reveal the same trend. The most time-consuming stage is the witness hearing stage, usually due to lack of timely appearance of witnesses.

Despite the grim picture that this data paints, all is not lost. The Supreme Court, led by the Honorable Chief Justice Surendra Kuman Sinha, has started taking effective measures in order to reduce the backlog of cases, including amongst others, the recruitment of judges, construction of separate court buildings for judicial magistrates, and recruitment of support staff for lower court judges. Additionally, the Justice Sector Facility (JSF) project is being implemented by the Law and Justice Division of the Ministry of Law, Justice and Parliamentary Affairs, supported by UNDP Bangladesh and UK Aid.  This project is intended to assist the justice sector institutions in Bangladesh to bring about more effective case management, strengthen institutional planning capacities across the justice sector, and raise awareness of legal aid and improve its administration (See www.bd.undp.org).

For the poor and marginalised clients, the road to access to justice is indeed an arduous one. The decision to seek to assert one’s legal right without paying heed to social constraints is the first challenge. Entering the formal court system to seek justice requires poor litigants to be prepared for a lengthy legal battle, fraught with obstacles which are often built into the system or brought about, not only by their opponent’s legal representatives, but sometimes their own. Cases involving offences of a sexual nature against women can be particularly strenuous for the survivor as the weight of social pressure stops her from seeing through to the end what is usually a lengthy trial for justice.

On behalf of the poor and marginalised litigants of Bangladesh, the hope is that the initiatives taken by the Ministry of Law, Justice and Parliamentary Affairs and the Supreme Court will take shape and bring about a significant reduction in backlog of cases, and enforce effective case management mechanisms throughout the country.

The writer is Barrister and Advocate, Supreme Court of Bangladesh, and Programme Head, Human Rights and Legal Aid Services, BRAC. 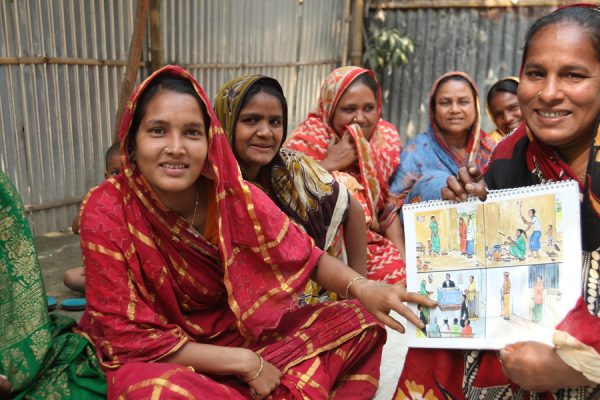