BRAC Liberia awarded Outstanding International NGO of the Year for 2017 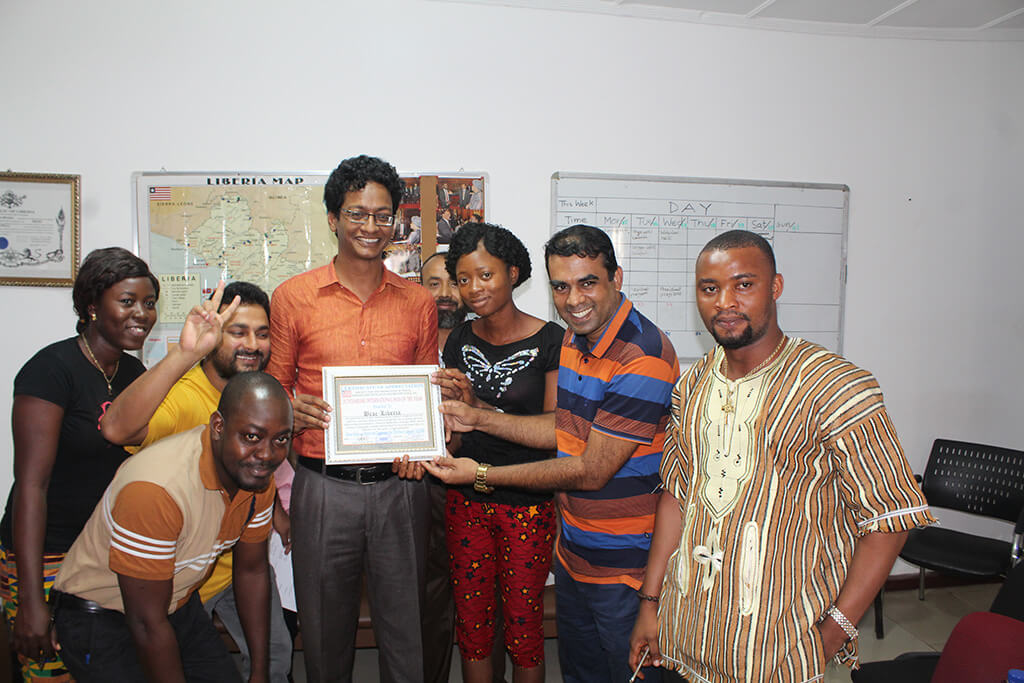 BRAC Liberia was awarded ‘Outstanding International NGO of the Year’ for 2017 by the Society for the Promotion of Peace, National Reconciliation and Reunification (SPPNRR) on Thursday, 9 February 2018.

J Mayfield Copson, national chairman and chief executive office of SPPNRR, spoke of the award, “We honour you, BRAC Liberia, as a good, reliable and productive capacity-building international NGO of the Year 2017, for your invaluable and measurable contributions towards society’s good, for which you are present across 10 of our 15 political subdivisions.”

Md Abdus Samad, BRAC Liberia’s senior programme manager for education, and the empowerment and livelihood for adolescents, thanked SPPNRR for bestowing the award, promising to work even harder to deserve such an award again. He spoke of BRAC’s pride in working towards alleviating poverty, and ending exploitation and discrimination of all forms in Liberia. He added that BRAC’s promotion of diversification and capacity development has resulted in the placement of more Liberians in senior management positions within the organisation.

According to World Bank, 54% of Liberia’s population lives below the poverty line. Since 2008, BRAC Liberia has taken holistic, integrated approaches to combating poverty, including programmes in microfinance, health, empowerment and livelihood for adolescents, education, and food security and livelihoods.