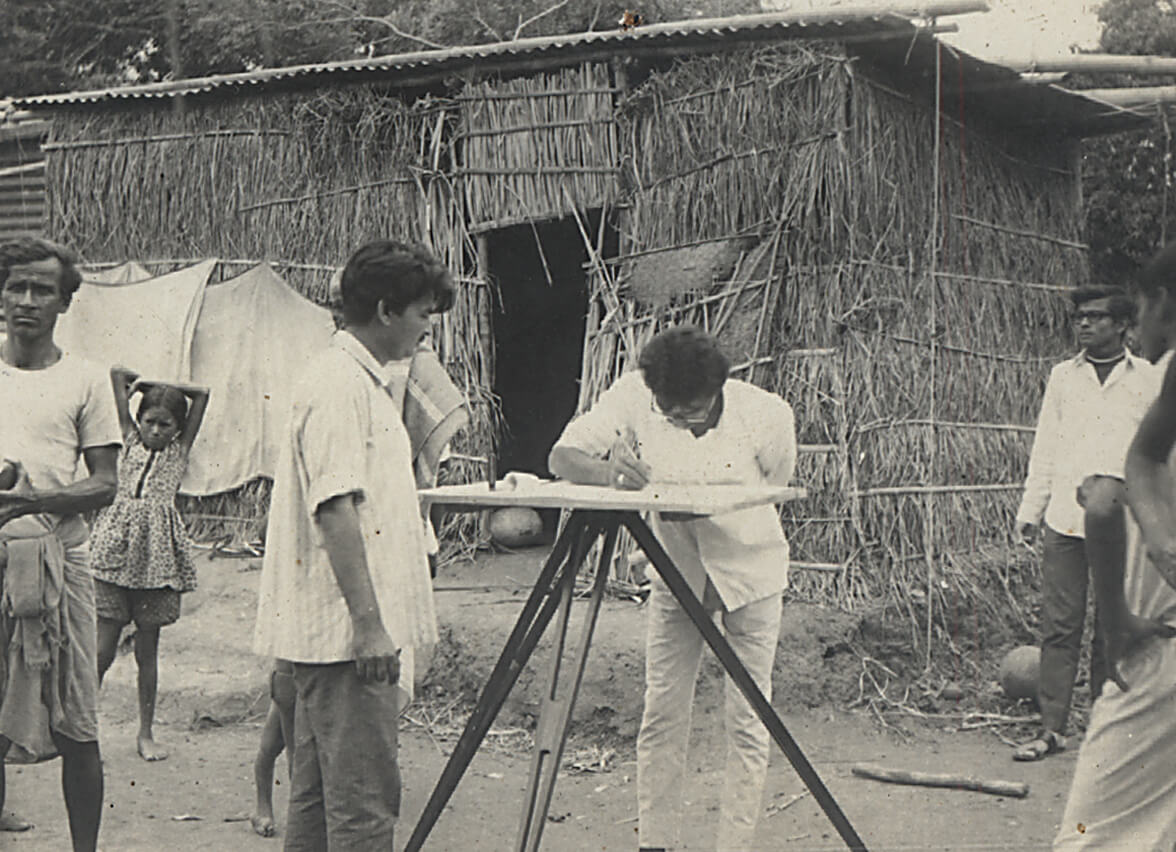 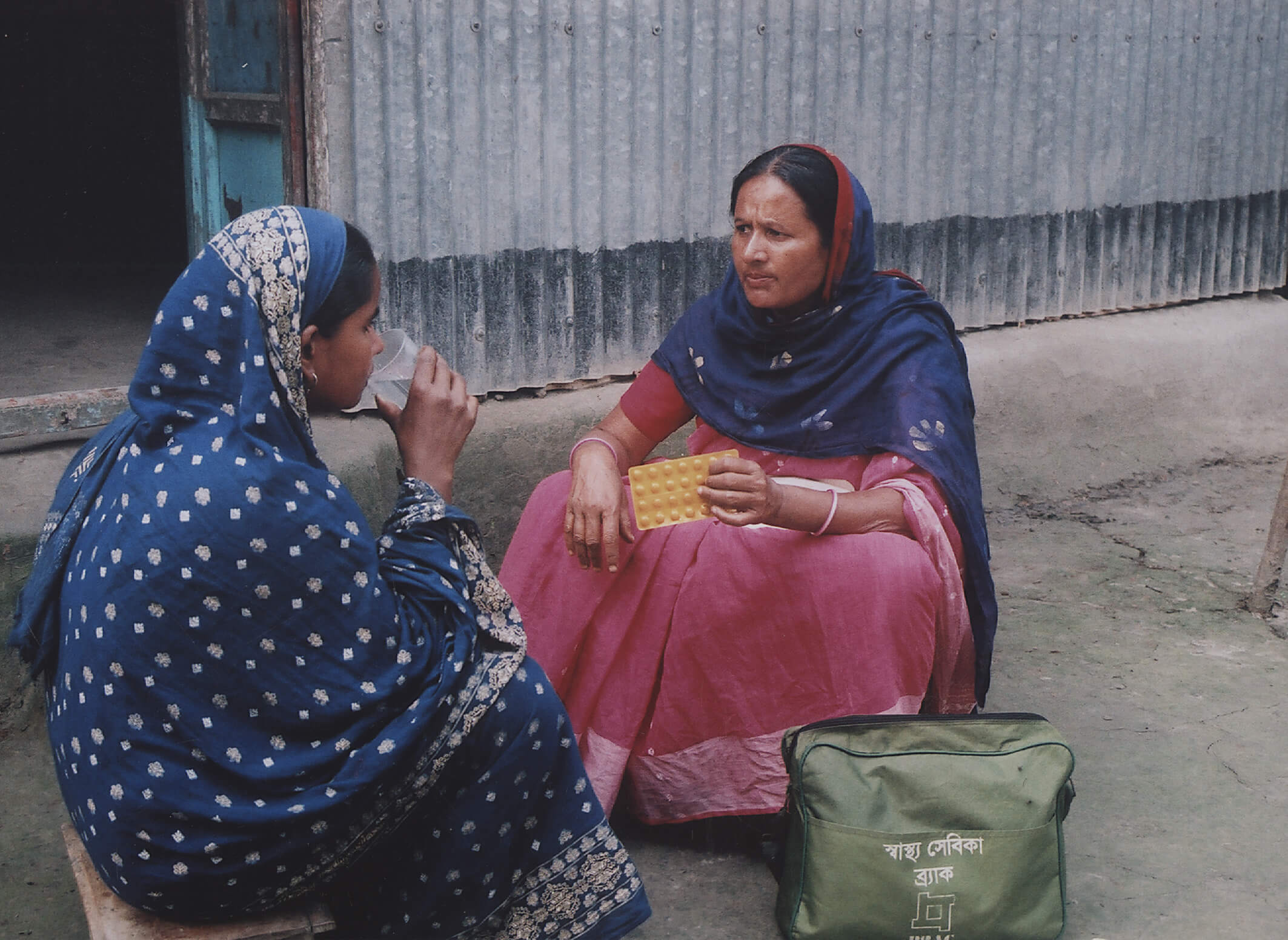 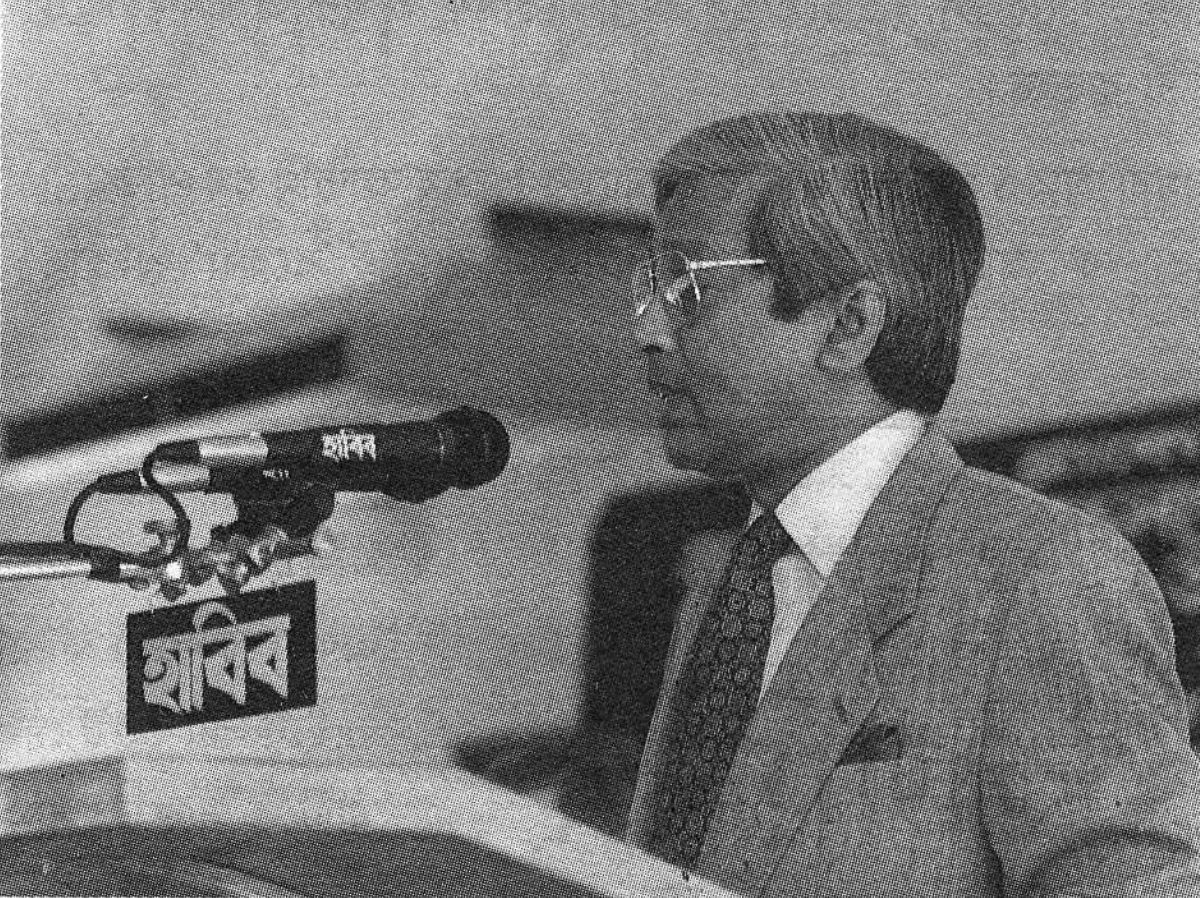 I feel extremely delighted to be present here this evening. It is with great pleasure we accept the Alan Shawn Feinstein World Hunger Award. On behalf of BRAC and with whom we work, I express our deepest gratitude to the board of fellows of the Brown Corporation for this award. This recognition will be a source of inspiration for us to carry forward the unfinished task.

I come from that part of the world where hunger is chronic, poverty is pervasive, illiteracy is widespread and disease and deaths are rampant. Where deprivation is a rule rather than an exception. Bangladesh is one of the least developed countries of the world. With a size of Nicaragua or the state of Wisconsin, Bangladesh has a population of 110 million. No other country is so densely populated. The people are poor. Sixty per cent of the families have no land. Twenty per cent do not have even a homestead. With a per capita income of 160 dollars, eighty percent of the people live under the poverty line and sixty per cent are malnourished. Natural disasters are a common phenomenon, and you hear more about us when we face a new calamity. The health situation is staggering. Infant mortality is 120/1000 which is ten times higher than you have here. Fifty per cent of the children are born underweight. Maternal mortality is 300 times higher than that in Norway. Only 15 percent of the females and 25 percent of the males are able to read or write. These are stark statistics. The twenty-first century is only 10 years away and it is a shame for all of us that such a situation is still being allowed to continue. But this can no longer be tolerated!

Ladies and Gentlemen,
Let us, for a moment look back at history.

The Society we live in today has passed through several dark periods which have tainted our civilization. Mankind has been subject to many social ills and prejudices, cruelties and curses, inhibiting norms and values which were acceptable to the society at a certain point of time but discarded later on. Great leaders and millions of brave people tenaciously fought against the wrongs to establish a just and egalitarian society. Let me cite a few instances - Slavery is universally regarded now as a curse but was quite an acceptable norm until the beginning of the 19th century. You made it a part of history through the Act of Emancipation in 1833. The Quakers had their great contribution in this. Same is the fate of colonialism. With anti-colonial movements in the former colonies under the leadership of personalities like Mahatma Gandhi, it became hated and obsolete by the middle of this century. Your brave freedom-loving ancestors also played a pioneering role in this field. In the some way, racism and apartheid although not vanished yet, but is no longer accepted and will hopefully soon disappear. We recollect with gratitude the sacrifice made by millions including Martin Luther King in making it happen. But, ladies and gentlemen, what about hunger, disease or illiteracy which still cripple our society and have fettered millions of our people? It is a shame for all of us. It is a curse for mankind and for our civilization. We cannot allow it to continue unchallenged. The time has come, ladies and gentlemen, to declare poverty and illiteracy as unacceptable to us as slavery, colonialism and racism are. We must rise to human values and to our wisdom and conscience. Modern science and technology has unearthed vast knowledge and scope which can enrich the life of every human being in this planet. We must act now so that all the peoples of this world equally enjoy the fruits of science and civilization, and do not languish in disease, darkness and penury...And we in BRAC are working towards that end – for social and economic emancipation of our people, particularly the poor and the neglected section of the community.

BRAC was born in 1972 in response to a humanitarian need. Soon we learnt that the rural poor with whom we worked needed much more than just relief. They needed education, preventive and curative health care, conscientisation with credit. We are organising the landless and the other disadvantaged sections of the community such as women into cooperative groups through functional education and providing them with skills and easy credit. In this way we have already organised nearly half a million men and women into cooperatives , and have provided $15 million in easy collateral-free credit. Such inputs have given them social dignity and new avenues for income and employment. We have started to scale up and by the turn of the century, a fifth of Bangladesh’s villages will have this programme.

In our country, 70 to 80 percent of the children drop out from schools before any meaningful learning. To attract these children and also those who never enroll themselves, we have organised a non-formal primary education for the children of the poorest people. Encouraged by its spectacular success, we have opened 3,500 schools to provide primary education, particularly to girls.

Since diarrhea is a major cause of mortality and morbidity in our society, we have sent our health workers to teach mothers a simple home-ready oral rehydration therapy using salt, sugar and water – to all of the 13 million households in Bangladesh.

But these are not enough. We have a long way to go, ladies and gentlemen. We are in the last decade of this century but poverty, ignorance and disease still go unabated. They are still the rule and not the exception in our part of the world. We must turn it around so that they become exceptions, not rules. And in this task we need your help, support and sympathy. There is a need, I am sure you will agree, for building public opinion in the rich industrialised countries to make that happen.

Let me again thank Brown University for honouring us by conferring on BRAC this year’s Alan Shawn Feinstein World Hunger Award. We are most grateful. ইমেইল: This email address is being protected from spambots. You need JavaScript enabled to view it. Published in News
Tagged under
Read more...
Page 2 of 19